Welcome to the Svendsen Tech Wiki Replica - made to allow the former "wiki blog" to persist in some form.

NB. Note made 2021-10-13: This web site was moved to a new web server from a MediaWiki instance I parsed the markdown of and implemented as HTML/PHP. Scraped my own site for images, recreated links, etc. There could still be some bugs.

I have changed since I started to work on this web site. Too much for words to convey easily.

All code on this site is licensed under the MIT license, unless otherwise stated. This means "as is" and no warranties. There is Google Analytics and Google Ads on the web pages, which may use cookies. You implicitly accept these cookies by visiting and continuing to use the site (minimum cookies is the default). The text itself is licensed under a creative commons attribution share-alike license. Under no circumstance can Svendsen Tech be held responsible for anything that might occur as a result (direct or indirect) from using information or code on this web site.

I currently practice mindfulness and am engaged to a woman. This would not have happened for most of the time I was working on this web page. Not that this changes the technical nature of the writing, but the ageing of the articles clearly shows. I rewrote some parts of some articles as I went over this now, but it is not 100 %.

This blog was originally about PowerShell. Music is the most recent topic addition. The range of topics has diverged into random musings. It's about Perl, PowerShell, Python, Linux, Windows, technology, programming, system administration, finance, politics, mobile phones, and that which seems relevant - plus pseudorandom crap (almost literally here).

I feel a need to mention that this wiki has been a work in progress and I've learned and picked up new things along the way. The early articles don't always conform to my current preferred code style and are sometimes poorly structured (that still happens somewhat). The code style is influenced heavily by the official guidelines.

I am considering (and have indeed sporadically been) rewriting some of the code and documentation, but it's tedious. With some exceptions, the content is mostly fine logically and functionally, so the motivation is lacking. As of 2022-02-01, I have rewritten considerable portions of this website to improve the quality. Sometimes drastically.

Click here to see test results which show that, woo, I'm an expert, and would have scored significantly higher - if I had had a moment's peace during the test. I got 6 answers wrong, but when I reviewed in peace, I realized I would only have gotten one answer wrong in real life. This would have placed me significantly higher, I would think.

How to Reach Me

After a maniacial frenzy of mental processes unfolding, it so happens that I appear on Spotify and Apple Music when you search for my name... With my real, full name. 😳

I have an "artist page" in the wiki now, here.

If you have Apple Music or Spotify, I created playlists of my music in some assumed easiest orders to digest and that's probably best to check it out quickly:

The recording "Girl, I wanna lay you down" is pretty good. The rest are for esoteric needs (such as being a family member of mine). Here's the friendly cover art, despite the suggestive title: 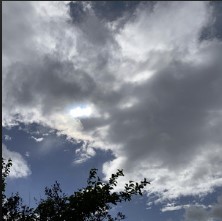 If you find something here useful, and want to reward my efforts, please consider donating a small amount. It's greatly appreciated even if it's done mostly as a gesture. Or put my songs on repeat for 24 hours, happily muted by external speakers, whichever you prefer! You can find a PayPal donation link at the bottom. Donations are few and far between, so you can get a real big star in my book by donating.

NB! Comment made 2020-02-26: Links were almost ten years old in some cases now and might no longer work so I removed the ones on Wordpress now without checking (sorry if they are/were still there...).

If you want to reward my efforts